A while back, Mikey was asking me what other cooks I wanted to do. It was a difficult question for me. I had never been a super huge meat eater so, to be honest, I have already learned to cook more than I had ever hoped to. Then while we were throwing different cook ideas back and forth I made the startling realization that I have not yet really learned to cook a steak.

Now steak is not our typical low-heat cook that lasts for hours, so I can see how we missed it. Yet, when you think of a grill, a steak comes immediately to mind. The next logical question was what cut of steak. Again here, I knew too little to even venture a guess. While we tried to figure that out, the local butcher made the decision for me.

While walking through the store I came across a 4-day sale on Beef Tenderloin. All I knew at the moment was that it seemed like a really good deal. I assumed I could make a great cook out of it, but I had no clue what that would be. Then Mikey helped connect the dots and informed me that this would be the steak cook. As I learned, with a little knife work, this massive cut of meat would be transformed into Filet Mignon. 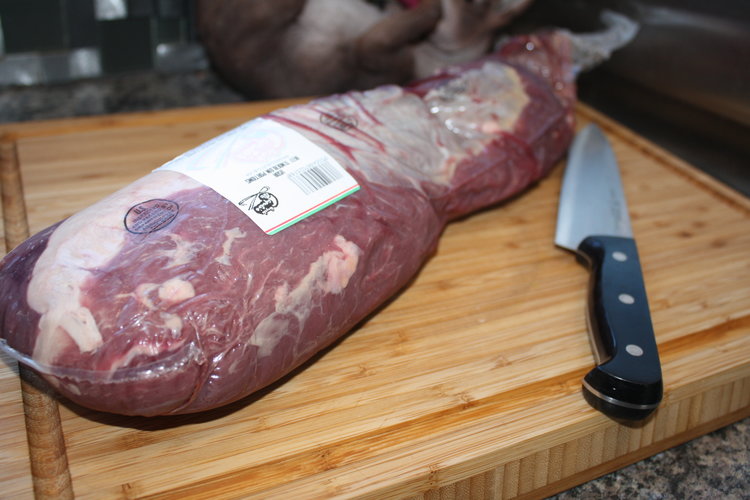 This cook meant I was changing everything. No low and slow cooking at 250 this time around. Plus this cook required far more knife skill then I was used to, so it felt like a challenge.

With a sharpened knife in hand, I went to work. Now, when you look at a big cut of meat and think all you need to do is slice off the layer of fat it looks easy. A half-hour later I realized that if you are not good with a knife, it is certainly not that easy. I hacked my way through, and while it may not have been pretty, I got through it. 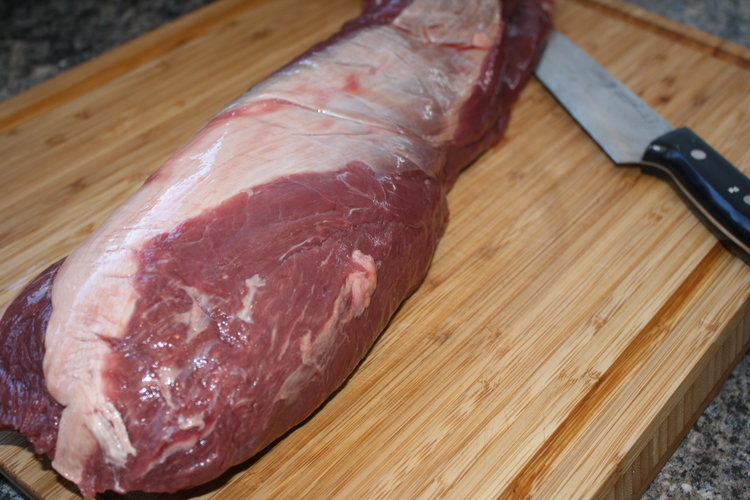 So I had my filets trimmed and ready. When I looked at them, they looked amazing, yet something was off. I had no idea what, but something felt different than the filets I see at the store. Either way, it was what I had to cook so I went to work.

I rubbed them down with some Beefcake Beef Rub and let them sit until they got to room temperature. Since they were thick, Mikey advised me against cooking them only on high heat. For this, I would put them on indirect heat, let them come up about halfway to temp, then reverse sear them on the blazing fires of hell until they are ready.

So while they got to room temp, I decided for good measure I would cook some Au Gratin Potatoes and also try a red wine reduction sauce to have with the filet. With those sides of the cook coming along perfectly it was time to start the grill. It’s funny that I was so accustomed to setting up the Weber for 250 that high heat was actually a bit of a challenge for me to get. Once I was there I started cooking. 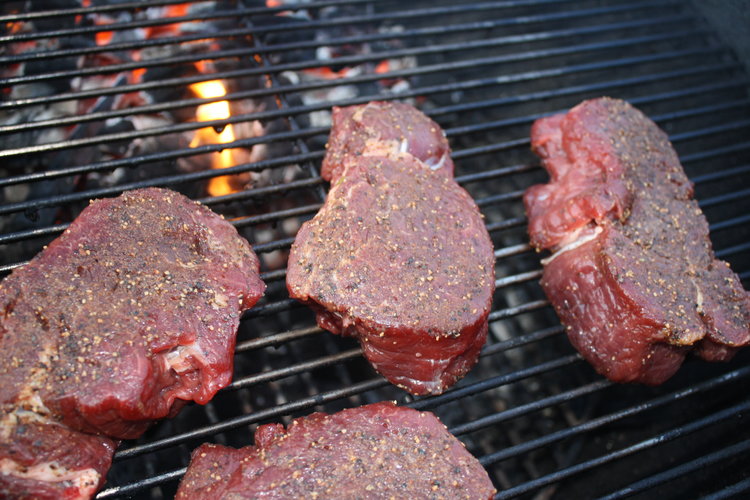 As far as eating them goes, it was a pretty damn spectacular meal. Now that being said, there was one thing I didn’t expect. While eating I noticed a portion of the filet had a lot of fat that did not render. Again, not something I expected from a filet. And this is when I finally connected the dots. Apparently, there was a bit more of the filet I should have trimmed off, which explains why they didn’t quite resemble the fillets I was used to.

At the end of the day, it didn’t make a difference. It was a great meal and a great experience. I hardly would say I am a master at grilling a steak, but at least now I know where to start.

his is the “webmaster" admin user that our staff uses to gain access to your admin area to provide support and troubleshooting. It can only be accessed by a button in our secure log that auto generates a password and dumps that password after the staff member has logged in. We have taken extreme measures to ensure that our own user is not going to be misused to harm any of our clients sites.